Research conducted by the Holderness Fishing Industry Group suggests that wind farm construction and operation has no significant negative impact on the ecology of European lobsters. 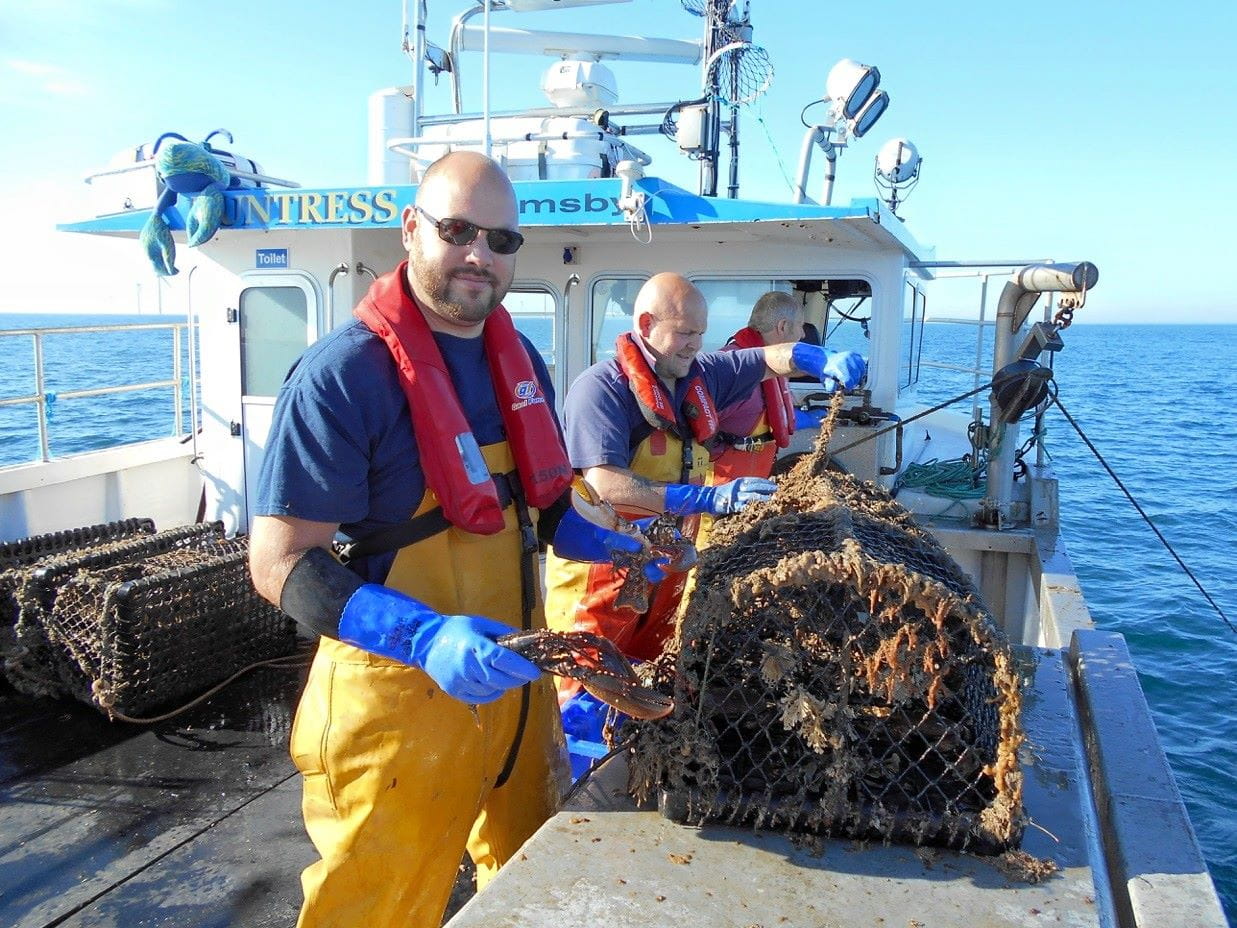 Above: Scientists from the Holderness Fishing Industry Group work on the MV Huntress

Results from a survey have recently been published by the Holderness Fishing Industry Group (HFIG) which suggest that wind farm construction and operation has no significant negative impact on the ecology of European lobsters.

Leading green energy providers Ørsted worked with HFIG in 2013 to conduct a long-term study which examined the ecological effects on shellfish during the construction and operation of Westermost Rough offshore wind farm.

Six years on and the results have been published to suggest that not only do stocks remain healthy, but also that no detectable impact has been identified for the shellfish.

Located five miles from the east coast of the country, Westermost Rough is sited within one of the largest commercial fishing grounds in Europe for European lobster.

The town of Bridlington lands 310 tonnes of European lobster each year, equating to around 10% of all global landings for the crustacean. With concerns from local fishermen expressed during the examination phase of the wind farm project, a bespoke study was created to survey any effects on fishing stock in the area.

Jamie Robertson, Managing Director of HFIG said: “HFIG, in collaboration with Ørsted carried out a long-term shellfish study at Westermost Rough offshore wind far and the study was carried out by our very own scientists and staff. This partnership has certainly paved the way for future developer and industry collaborations.”

Dr. Mike Roach, lead scientist on the projects for HFIG said: “Over the last six years we have observed consistent catch rates of lobsters within the perimeter of the wind farm and have seen an increased population of smaller lobsters in the site.”

Founded in 2011 by the fishermen of East Yorkshire, HFIG aims to facilitate co-existence with other marine sectors which may impact local fishing stock. HFIG utilised their fishing industry owned and dedicated survey vessel, the R.V. Huntress to carry out the research with fishing industry employed scientists on board.

Courtney French, Senior Environment & Consents Commercial Fisheries Specialist at Ørsted said: “This study is the first of its kind anywhere in the world and will enable us to ensure the sustainability of the fishing grounds which are once again being used by local fishermen.

“By easing the concerns of the fishermen surrounding local stock supplies and future sustainability, we’re hoping that these results will help our relationship go from strength to strength.”

Dr. Magnus Johnson, Senior Lecturer in Environmental Marine Science at the University of Hull, member of the steering committee for the project praised the positive and collaborative nature of the survey programme and also the extensive quantity of sampling and data gathered, saying: “The survey has been scientifically robust in design and in its execution and was an exemplar of collaborative science between the offshore wind and fishing industry.”

For further information on the study, you can contact the Holderness Fishing Industry Group on their website.