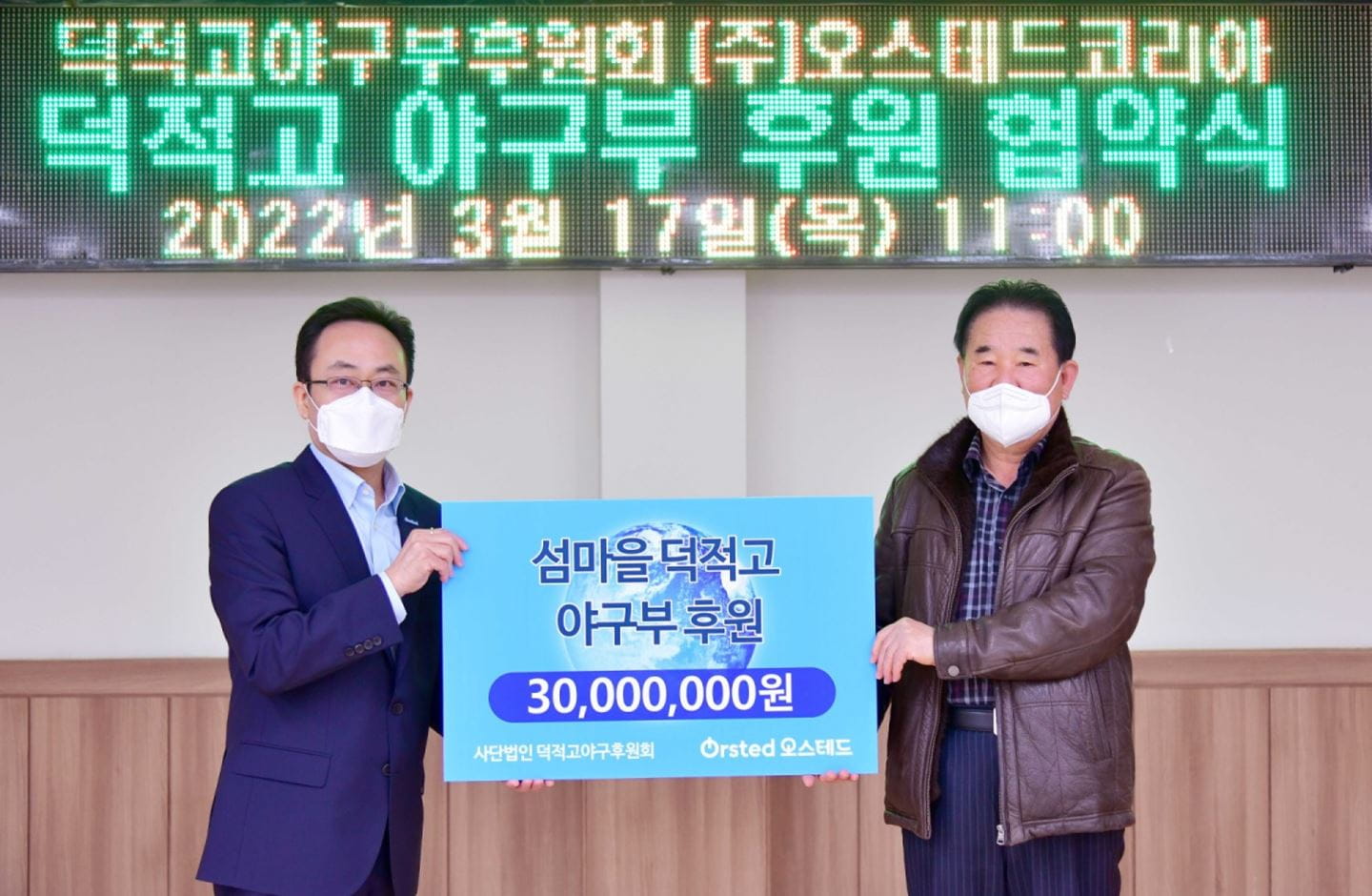 The contribution will be used to finance transportation, accommodation, meal, and other expenses necessary for the team’s off-season training and participation in the national tournament.

Deokjeok High School baseball team, officially founded last December, is the only island-based baseball team in the country. Deokjeok-myeon residents had worked together to establish the team and pulled the school back from the verge of closing down due to a lack of students in 2020. Ørsted’s sponsorship of the team is an embodiment of the residents’ longing wishes for the Island, came as it aimed to play a role in Deokjeok Island’s development.

Seung-Ho Choe, Country Manager for Ørsted Korea, said: “Ørsted is committed to being a good partner with local communities where we are in and work with them to contribute to mutual prosperity and growth. We have been forming a strong bond with Deokjeok Island, we are delighted to be able to support members of Deokjeok High School baseball team fulfill their dreams, who also epitomize the residents’ hopes. We will continue to communicate closely with the local communities to develop and create value across the Incheon areas, including Deokjeok Island.”

Hae-Joo Lee, chairman of Deokjeok High School Baseball Team Support Association, said: “We would like to thank Ørsted for its interest and support for Deokjeok High School baseball team. We hope the company, as a major partner of the Incheon local community striving with a vision for Deokjeok Island, to continue to take part in discussions and cooperate for the development of the region.” 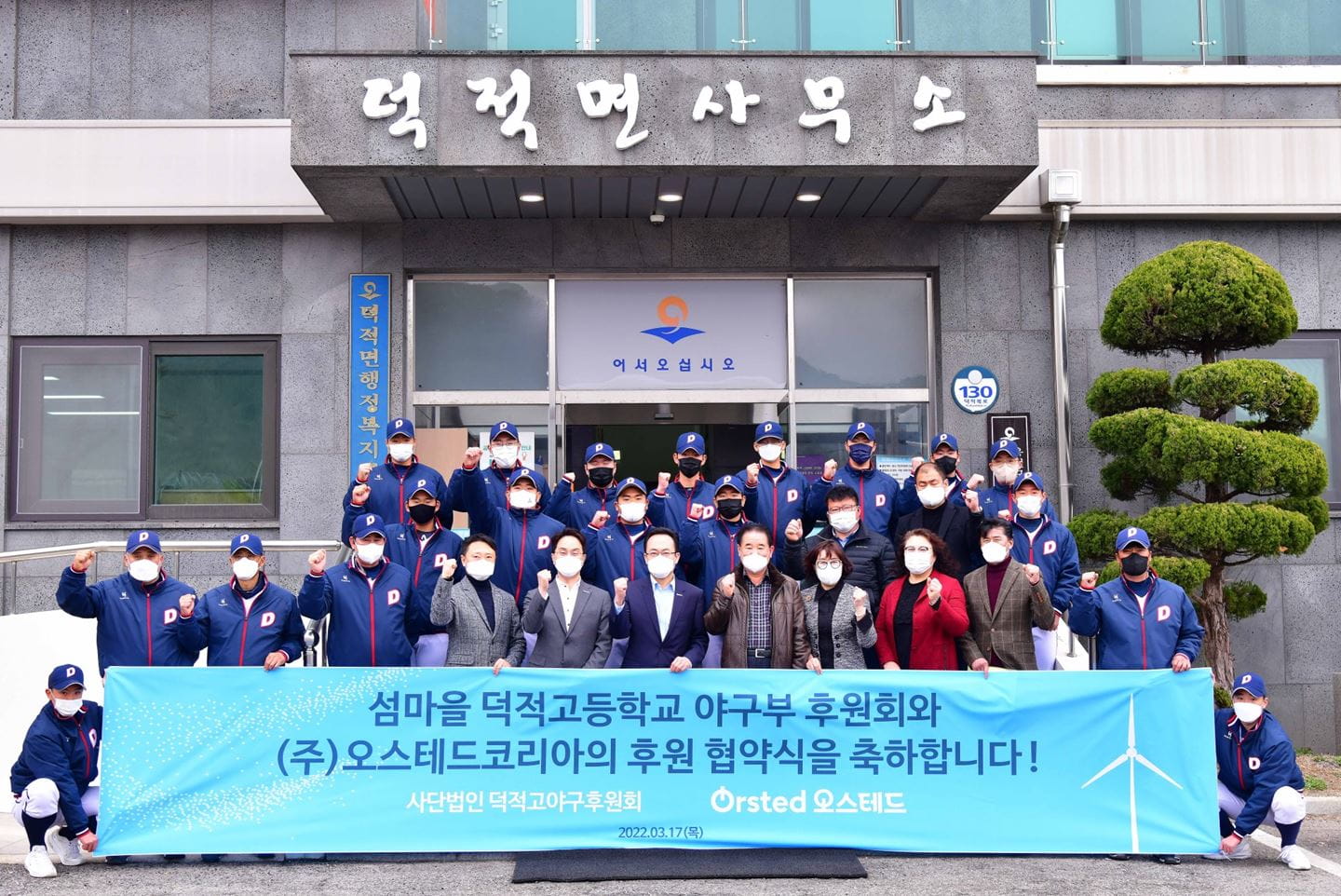 The attendees of the sponsorship ceremony including Ørsted members are thrusting their fists into the air, wishing for Deokjeok High School baseball team’s success at the National Tournament.