Global offshore wind leader Ørsted today announces its intention to develop offshore wind projects with a potential capacity of up to 1.6GW off the coast of Incheon City at an event joined by National Assembly members, officials from Ministry of Oceans and Fisheries, Korea Energy Agency, and key industry leaders with offshore wind track records in Korea’s supply chain.

With its vision of creating a world that runs entirely on green energy, Ørsted is actively exploring project opportunities worldwide and in Asia Pacific. In Korea, Ørsted sees great potentials in Incheon’s wind condition in combination with ambitious renewable energy targets set by the Korean government. Earlier this year, Ørsted has achieved an important milestone by deploying 4 floating lidars off the coast of Incheon and has started to collect all relevant data for securing the site with a potential capacity of 1.6GW offshore wind.

Ørsted’s offshore wind projects in Incheon can make significant contributions to the Green New Deal and President Moon’s recently announced target of achieving net zero emissions by 2050, through the ability to provide clean energy to 1.3 million Korean households and a reduction of almost 4 million metric tons of CO2 per year. The offshore wind projects in Incheon, a flagship of its kind for Korea, will bring multitrillion won of investment, generate economic activities and create high-quality jobs.

With a strong commitment to supporting Korea’s green energy transition, Ørsted aims to work with skillful Korean suppliers and shape a healthy and competitive domestic supply chain that can maintain and expand its export success. Early on, Ørsted started engagement with local communities and fishermen to ensure their voices are being heard and their inputs are incorporated throughout the project development.

Matthias Bausenwein, President of Ørsted Asia Pacific, said, “Ørsted’s projects in Incheon will support a thriving offshore wind industry in Korea and contribute to the realization of the government’s target goal of 12 GW offshore wind capacity by 2030.’’ He also emphasized, “We are dedicated to achieving long-term partnerships with the Korean government and local stakeholders for mutual prosperity through Ørsted’s unparalleled track-record in offshore wind development world-wide and in Asia Pacific.’’ 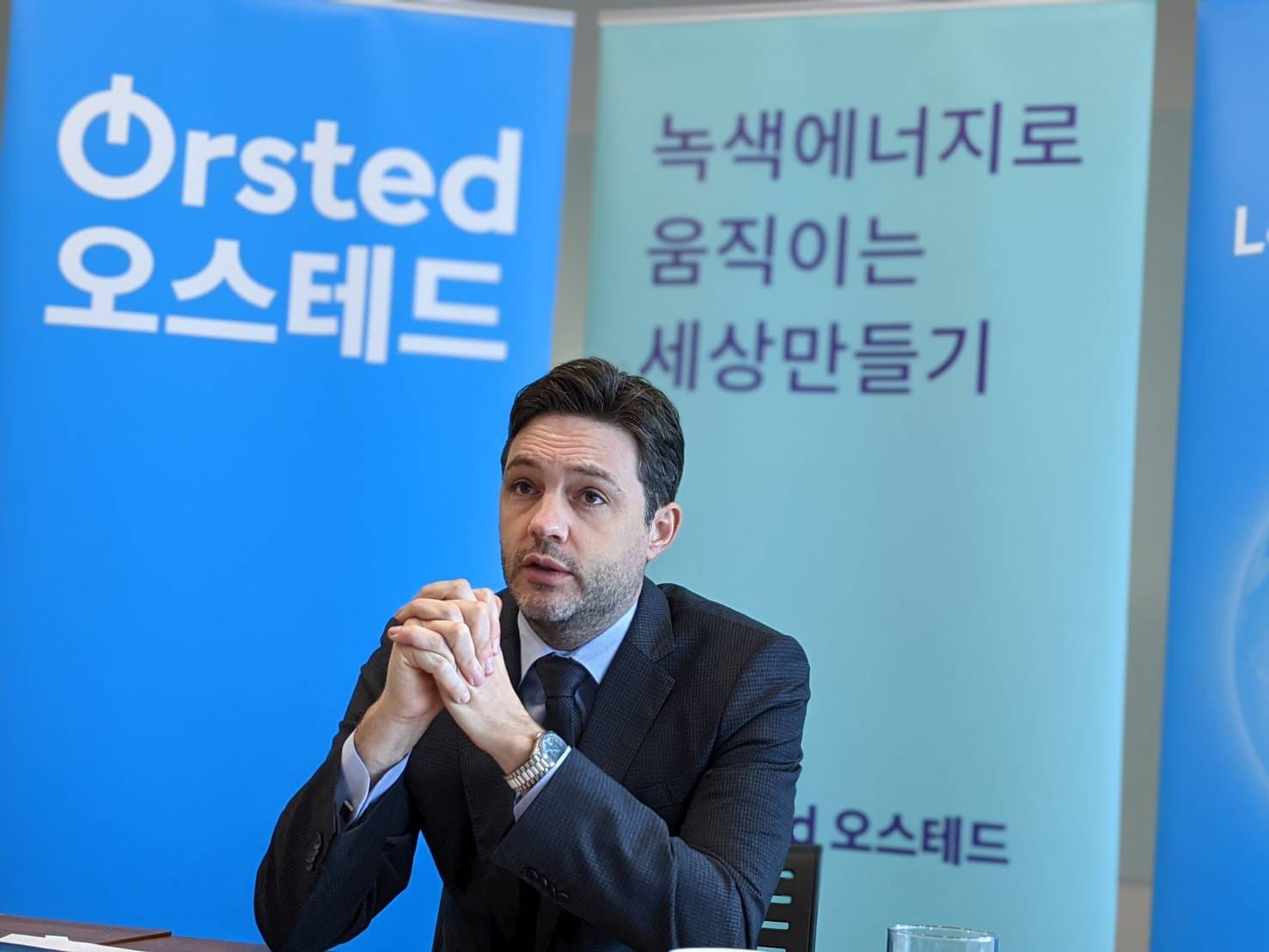 Einar Jensen, Danish Ambassador to the Republic of Korea, stated, “Korea and Denmark have a long history of close partnership including working together in the energy sector and we are honored to be able to share Ørsted’s knowledge and experience.” He added, “Through this cooperation, we believe that Korea will take a leap to becoming a leader in offshore wind power and ultimately achieve Korea’s Green New Deal initiative.” 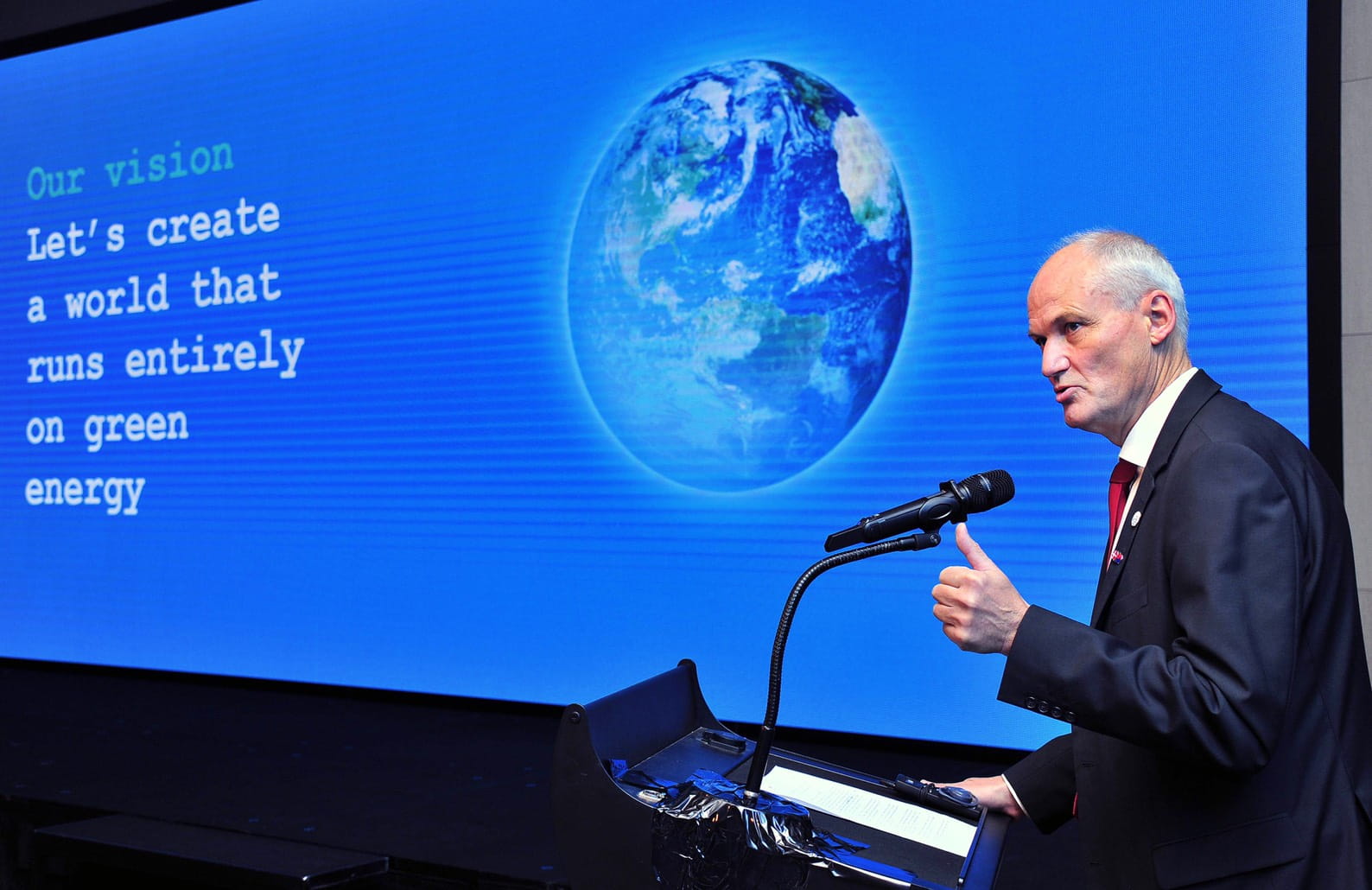 Einar Jensen, Danish Ambassador to S. Korea, making remarks about bilateral cooperation between Korea and Denmark
Ørsted ’s Incheon offshore wind projects will be strategically located more than 70km from the main parts of Incheon City, and have relatively shallow water depths at the target project site to allow for a cost-effective development. Subject to permits, off-take agreement with a Korean energy utility, and final investment decision, the projects could be commissioned after 2026.